5 Things Never to Say to Someone With Mental Illness, and What You Can Say Instead

Mental illness is more prevalent than you might think. The odds are that you may have even experienced a bout of a mental health condition. According to the National Alliance on Mental Illness (NAMI), at least one in five adults in the United States experience mental illness in any given year, while one in 25 experience a serious mental illness that substantially limits their life.1 Despite this prevalence, those suffering emotional torments are often self-conscious and fearful that people might view them as ‘not normal.’ That self-consciousness can lead to feeling too stigmatized to seek help.

That reluctance is amplified when someone, whether intentionally or by accident, uses a phrase that perpetuates a view of mental illness as shameful or tiresome rather than something that a large portion of humanity experiences.

Here is what NEVER to say when talking to someone suffering from mental illness.

DITTO: Don’t be insane! or You are seriously unhinged

The phrase might be tossed off thoughtlessly, not intended to cause pain. But the result is acid on a scar to someone who already feels ‘less than’ due to an illness that is rarely viewed with the respect or understanding given to a person with a physical ailment. Uttering “stop acting crazy” trivializes the very real torment faced by a person with mental illness.

Eliminating ableist words such as “crazy” or “insane” is a small but vital way to reduce the stigmatizing impact of such language.

Rather than scoffing, “Terri, you are so crazy!” be specific about the behavior you find objectionable: “Terri, when you don’t clean up after your kids or your dog, the place gets messy and smelly.” Additionally, be specific when describing positive experiences such as a concert or movie you enjoyed. For example, try using language like, “Black Panther was stereotype-busting” or “Justin Bieber’s show was electrifying.”

Worried you may be suffering from a mental health disorder?

Take one of our 2-minute mental health quizzes to see if you could benefit from further diagnosis and treatment.

2) JUST DON’T WORRY ABOUT IT

DITTO: Calm down! or Don’t sweat the small stuff

The Anxiety and Depression Association of America (ADA) cites that 40 million adults have a diagnosable anxiety disorder, so it is helpful to know the best ways to help someone who is suffering rather than to act like they’re making a mountain out of a molehill.2

You wouldn’t dream of saying to someone with his or her leg in a cast, “You don’t need a cast. Put your foot down!” So why do so many find it acceptable to say a person with an anxiety disorder, “Just don’t worry about it?”

The put-down results in trivialization of what someone feels. This type of language can make the person feel as if he or she is making a choice about these difficult emotions. People with anxiety disorders know they worry a lot. Kady Morrison wrote in a vox.com article, “It is better to walk away from an anxious person than it is to tell them they need to calm down—we know we need to calm down, and hearing you say it only adds guilt and failure to the pile of emotions that was already overwhelming us.” 3

The key is not to seem judgmental. Use a supportive phrase such as “This must be so hard for you,” or “I’m here if you want to talk about how you feel.”

Just showing you have empathy and want to lend an ear and not lecture or taunt is the calming influence that can help the person versus alienate or cause further anxiety. And when your loved one is feeling calmer, perhaps he or she will be open to discussing options for seeking help.

3) THIS MAKES ME WANT TO KILL MYSELF

DITTO: I wish I were dead or This makes me want to commit suicide

The Centers for Disease Control and Prevention statistics show that suicide is the 10th leading cause of death in the United States.4 Thus someone with suicidal ideation certainly does not need to hear someone who has experienced a minor trauma, such as getting a bad work review, go to the emotional dark side with a proclamation like, “That makes me want to kill myself.”

Again, this poor phrasing is not necessarily due to insensitivity, but an unawareness of the importance of word choice.

While you should steer away from exaggerating the intensity of your reaction to a setback, that doesn’t mean you have to treat someone who is severely depressed with kid gloves. A loved one or peer dealing with depression likely doesn’t want to feel as if you are walking on eggshells around them; they would likely prefer you admit you’re in pain over a difficult situation in your life—even if it doesn’t seem “difficult” in relation to what they experiencing or in the greater scheme of “difficult” situations. It can actually help a severely depressed person to get out of his or her head and feel of use to another person.

Again, use specifics, rather than overly dramatic proclamations. Say something along the lines of “Marcie telling me she’s not ready to get married has really put me in a bad place. I know I’ll get over it, but right now I’m really sad and feeling unloved.”

4) THERAPY IS FOR PEOPLE WHO ARE WEAK

DITTO: I just don’t see the point of therapy or Can’t people just solve things on their own?

A woman I’ll call Kate recently came for a consultation and said, “I waited so long to come to therapy because a close friend, who I know has my best interests at heart, kept telling me I should be able to handle my problems on my own. She insisted I’m stronger than I think and therapy is for the weak.” Kate added, “I am so glad I found the courage to finally stop listening to her.”

Therapy is for people who are weak is one of the worst things you can say to anyone in a fragile state. Such a statement is a horrific reinforcement of the negative stigma against admitting to having a mental health illness, much less seeking help. The truth is that it takes strength to admit one needs help. If you insist on saying this harmful phrase to someone clearly suffering, you need to look at your own issues and prejudices.

A few choices: Say nothing. Bite your tongue or if pressed on the issue, say something like, “I’m not sure how I would handle what you’re going through but if therapy seems a viable option that can help you, I’m all for it.”

5) THINGS WILL BE BETTER IN THE MORNING

DITTO: Tomorrow is another day or Cheer up

This sentiment is often issued in a heartfelt manner intended to be helpful. However, to someone with a major depressive or anxiety disorder to whom every moment of every day is an excruciating ordeal, it feels like a slap in the face. Furthermore, it makes the person saying it appear to have no desire to really relate to nor understand what mental illness feels like.

Again, rather than offer unwanted and unhelpful advice, validate the person’s feelings, no matter how elevated or exaggerated they seem: “That must really be rough to feel you messed up so badly. I’m here to listen.”

It can be really difficult to speak to someone dealing with a mental illness—not because of what they are experiencing, but because it’s hard to find the right words and it’s easy to feel like you are not saying or doing enough to help. The above statements are rarely made out of malice, but rather because it can be easy to fall back on clichés when you are struggling to find the right words. Try to use the substitute language listed and work hard to be present and let your peers, coworkers, and loved ones know that you are listening to them. 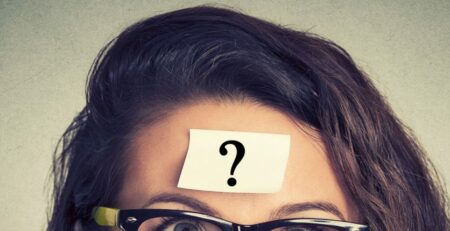 Anxiety vs. Depression: How to Tell the Difference

While Depression and Anxiety are two different medical conditions, their symptoms, causes, and treatments can often overlap. Find out... read more